A Response to the Pro-Abortion Argument, “You’re not pro-life. You’re just pro-birth.” 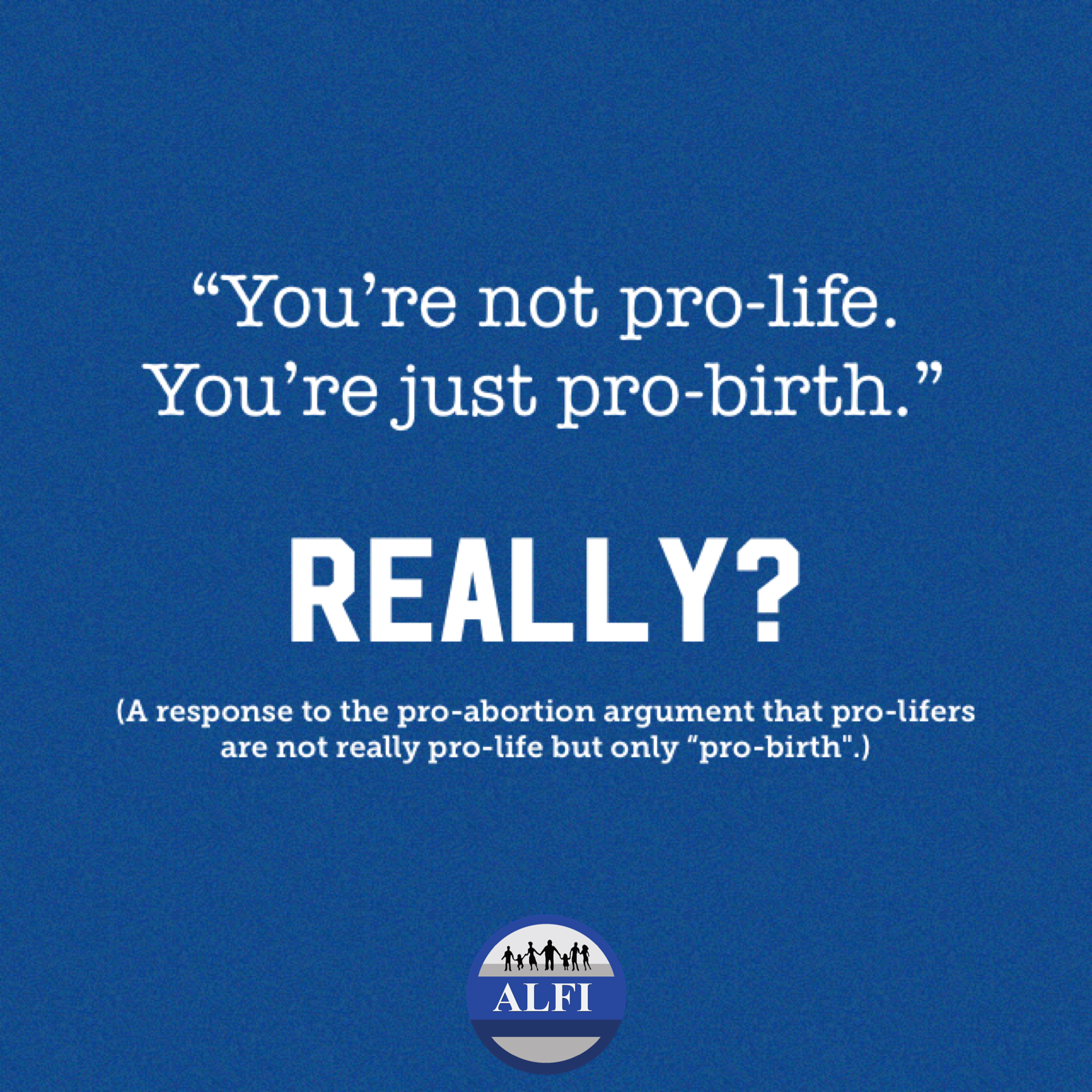 Wow. What a lame attempt to discredit the pro-life movement.

The mission of the pro-life movement is to protect innocent human lives in the womb from those who seek to kill them. This is a noble thing to do, so what REALLY is the problem here? Other movements or groups have their own mission, but do you also ask them to do this or that? Say, do you tell an orphanage, “If you really cared about those children, then you should also take care of them into their old age or else you don’t really care about them”? No, you don’t, because there are homes for the aged to do that. Similarly, you don’t ask homes for the aged to take care of abandoned children because there are orphanages to do that.

There are different organizations that care for human life at every stage. Of course, these groups also help each other in their common mission of defending human dignity. But each organization has to have its own FOCUS for it to be effective and efficient.

The way I see it, people have no problem with orphanages and homes for the aged because these do not affect their lifestyles. The pro-life movement, in contrast, in its mission to protect preborn children and extend genuine help to women, tends to disturb the consciences of those who think it should be okay to kill an innocent human being who gets in the way of their plans and lifestyle choices. Orphanages and homes for the aged do not interfere with anyone’s lifestyle choices, so they’re totally fine. But pro-life? You have to do a gazillion other things first before you can claim to be one. Never mind that the world’s largest charitable institution itself happens to be pro-life. Because the truth is, they don’t really care what you do (or don’t do), they’ll just continue to throw around these baseless accusations to try to discredit you and the noble movement you’ve chosen to be a part of. Talk about calling evil good and good evil.

Being pro-life is a good in itself. I’m not saying it’s all you have to be about. Being pro-life could be just one of the many good things that you are (and this is the case with most pro-life advocates I know). You don’t have to brag about your other good deeds just to “justify” your being pro-life. A moral and noble deed needs no justification. Do not, for even a second, let anyone make you doubt the nobleness of wanting to save innocent human lives whether inside or outside their mother’s womb.