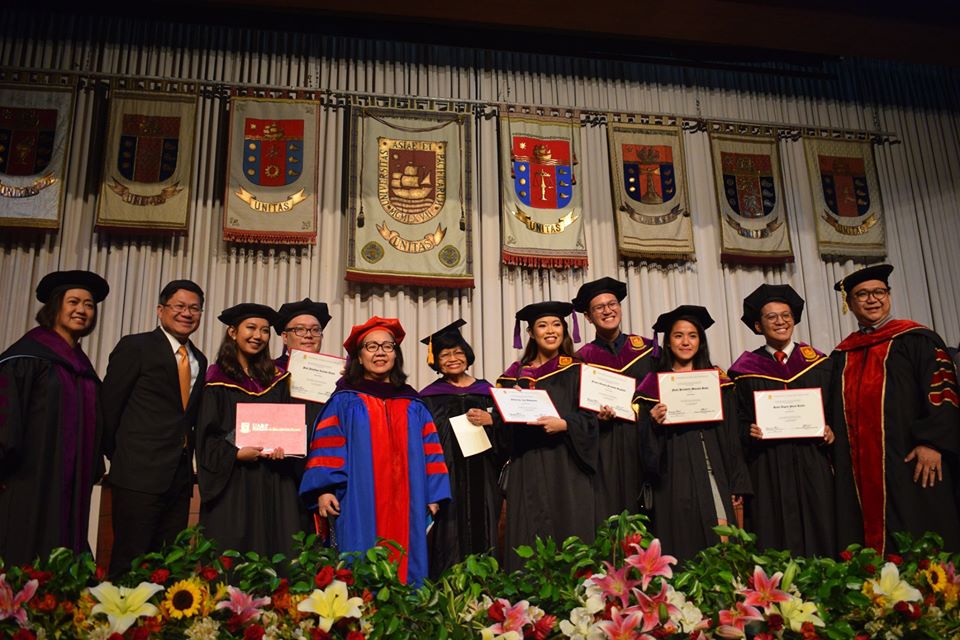 Starting a law school is no easy feat. Being one of the top performing law schools in arguably one of the country’s toughest professional licensure exams is another matter. But in the last five years, the University of Asia and the Pacific’s Institute of Law has demonstrated how one can do both. After ranking as one of the top performing law schools in the 2018 Bar Examination, UA&P’s ILAW, as it is colloquially called, has exceeded expectations in its second litmus test: a 100% passing rate for its 2019 graduates.

Against a national passing rate of 27.36% in the 2019 Bar Examinations, the youngest school of this nondescript private university in the heart of Pasig City also posted an 85.71% passing rate for first-time takers, and an exceptional 88.89% overall passing rate (including retakers). Not bad for Law school that is still considered by many as the new kid on the block.

Since its establishment under the UA&P’s School of Law and Governance in 2013, the Institute of Law has taken strides in offering a rigorous legal training that can compete with the very best. Under the deanship of ALFI’s very own Atty. Maria Concepcion S. Noche, the law school has taken on the challenges of bar preparations with grit and daring. As she writes in her congratulatory message for the 2019 Bar Exam passers, “the daily grind of law school is anything but a walk in the park.”

Indeed, UA&P Law’s journey is one of winding roads, seemingly insurmountable roadblocks and obstacles, and unexpected twists. However, buoyed by a common goal and the unwavering commitment of faculty and staff, the community carries on with the singular vision of producing noble lawyers for the noble profession of law. And that vision, that dream, only grows bigger and stronger with every new batch of law students welcomed into the halls of UA&P.

The success of ILAW’s pioneer batch of bar examinees serves as a testament to the program’s quality, and as expected, has translated to increased student intake for the school. From its humble beginnings of a class of thirty-five students, the Institute has started welcoming two sections of freshmen starting AY 2019-2020. For the coming to school year, there could be even more than two. On the other hand, the accomplishments of the second batch of examinees only reinforce a key lesson one can learn from UA&P Law’s story: big things do have small beginnings. Part of those who nourished the small batch of ‘seedlings’ are the carefully selected faculty members of the Juris Doctor program.

Like the student population, what once was a handful of teachers have grown into a community of legal scholars and practitioners dedicated to molding UA&P’s aspiring lawyers. They enthusiastically take on the challenge of shaping the history of a young law school thanks to their expertise, experience, and mentorship of the students. And because of the relatively lean student population, ILAW can afford a more personal approach to teaching the law, something that’s deeply rooted in UA&P’s corporate culture as well.

Today, UA&P’s ILAW can count among its graduates Atty. Joel Arzaga, who is now the Vice-President for Legislative Affairs of ALFI. After the bar examinations, Atty. Joel did advocacy work in the United Nations with the World Youth Alliance in New York, USA. He also attended the Moral Foundations of Law Program of the Witherspoon Institute in Princeton University. Atty. Joel is currently an associate lawyer of Esguerra De Jesus Dy & Chico law offices, and a faculty member of the UA&P School of Law and Governance.

Another graduate is Atty. Emmanuel Ortega who, after the bar examinations, went abroad to pursue further legal studies. Atty. Ortega recently finished his Master of Laws in Transnational Business Practice at the McGeorge School of Law in Sacramento, California, USA, and is now preparing to take the State Bar of California. The other pioneer lawyers include Atty. Aldrian David, who is deep in litigation practice working in Esguerra & Blanco Law Offices; and Atty. Nico Padilla, who is currently working in Tiongco Siao Bello & Associates Law Offices.

With the second batch of bar passers, UA&P ILAW can now look forward to more of its graduates joining the law profession, engaged in meaningful roles that will surely impact society. Their hard work is never unnoticed. Joining a law school at a time when it had no track record at the bar examinations was a huge leap of faith. But it’s precisely this audacity to venture into uncharted territory that has given ILAW’s students and graduates an edge—the ability to trust in a dream and make it into a reality.