NO TO SOGIE BILL 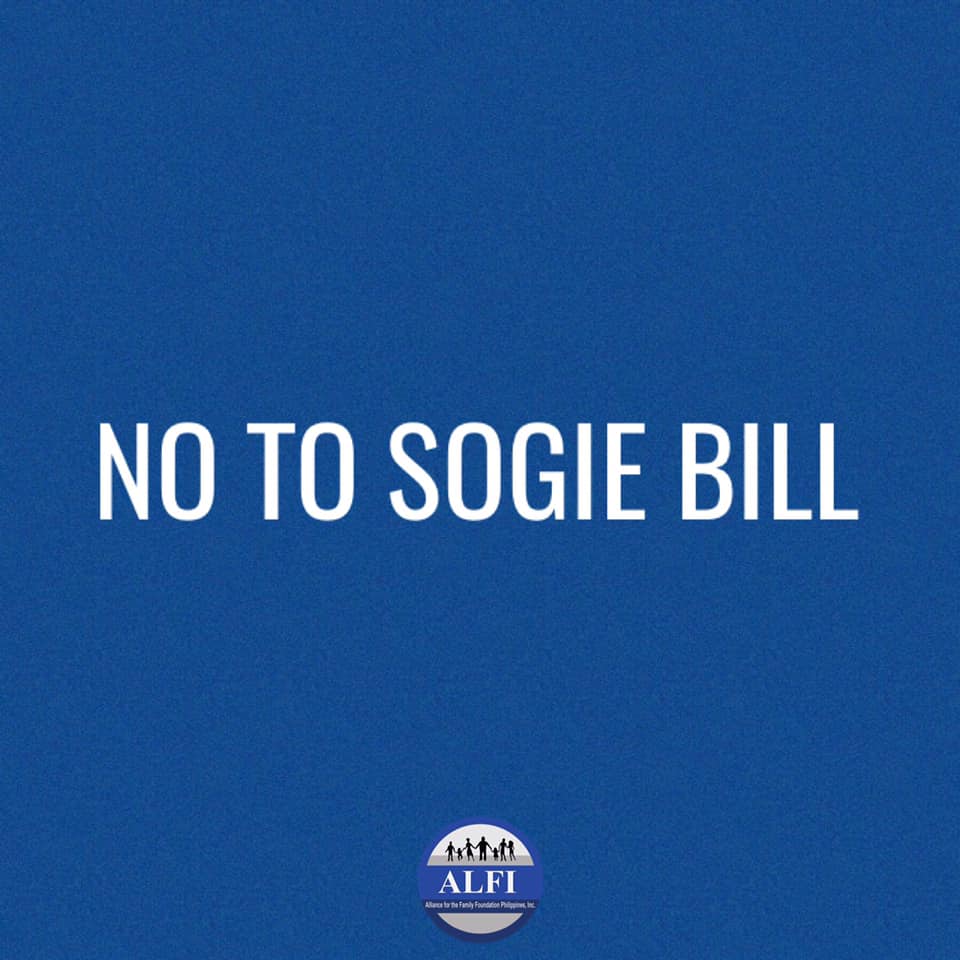 t’s been more than a week since the restroom controversy erupted and yet social media is still abuzz with outrage over the insistence of SOGIE Bill supporters that biological males be allowed to use women’s restrooms. A few lawmakers also took the opportunity to try to hasten the passage of the SOGIE Bill. But the good news is, an overwhelming majority of Filipinos on social media have expressedtheir opposition to the Bill after realizing what its true objectives are. Proponents of the SOGIE Bill thought the restroom fiasco would work to their advantage, but it seems to have done the opposite—at least in the arena of public opinion. Prior to the incident, people hardly ever talked about the SOGIE Bill and could not have cared less if it was enacted into law. All they knew was that this Bill was for “equality” and “anti-discrimination”. But the restroom incident has served as an eye-opener to many. It is heartening to see that most Filipinos still think and that they won’t just keep quiet when they see that women’s safety and privacy are being threatened.

However, women’s safety and privacy concerns are just the tip of the iceberg here. Once the SOGIE Bill becomes a law, we can say goodbye to some of our most basic freedoms, such as our freedoms of speech, conscience, religion, and association. Parents can say goodbye to some of their parental rights, as well. Under SOGI/E laws, people will be forced to ignore science and instead conform to an ideology that is based on feelings rather than fact or logic. People will be forced to accept that “transwomen” (biological males who self-identify as females) are no different from real women. And because they are supposedly no different from real women, they must be treated as women in every way. They must be allowed to use female-only restrooms and locker rooms, compete in women’s sports, join women’s beauty pageants, be admitted into exclusive girls’ schools, accepted into women’s organizations and even into women’s religious orders. They must also be addressed with female pronouns and female honorifics, and be exempted from gender-specific dress codes of schools and companies. They must be treated as women even though nearly every single cell in their body confirms that they are men. It is a scientific fact that people with XY chromosomes are males, while those with XX chromosomes are females, and the rest (which is less than 0.1% of the population) are mutations. This is basic biology, not bigotry.

Non-compliance with the SOGIE law is punishable by hefty fines and long jail terms. Disagree with their gender ideology and risk being fined P100,000 to P500,000 or be imprisoned for one to six years, or both. Ironically, this so-called “anti-discrimination” Bill discriminates against those whose beliefs run contrary to the gender ideology by criminalizing any dissent.

Men and women, regardless of how they “self-identify,” are already equal before the law and enjoy the same rights. We also already have existing laws that will protect everyone from unjust discrimination, harassment, and abuse. We can show compassion towards our transgendered brothers and sisters without having to sacrifice truth and common sense. No need for a SOGIE law.

Make sure your congressman/woman knows about your opposition to the SOGIE Bill and the reasons why you oppose it. Give them a call or write them a letter now!