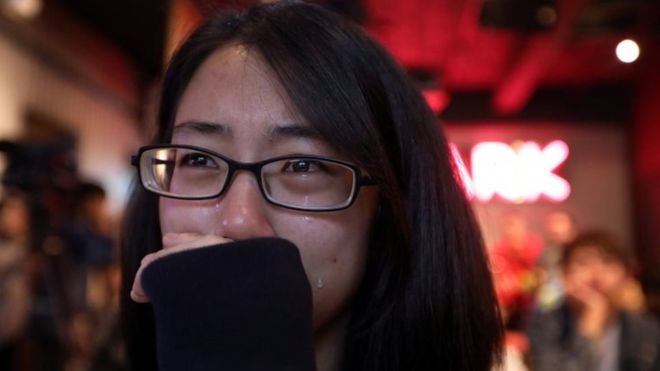 Same-sex marriage supporters reacted as it became clear that they lost the vote. REUTERS

Voters in Taiwan have rejected legalising same-sex marriages in a series of referendums on Saturday.

They backed the definition of marriage as the union of a man and woman.

Last year a high court had ruled in favour of same-sex unions, ordering legislation. The government has said it will still press on with new laws but they may now be weaker.